I hope you enjoy this piece on the short animated films presented at the SBIFF 2016. All the shorts are available on YouTube.  Check them out, you won’t be disappointed. I love Animation, it reminds me of my childhood. Disney cartoons, Micky Mouse, Minnie, Goofy. Bugs Bunny, The Flinstones, Popeye & so many more ……. Animation is a newer term. It’s still the same no matter what it’s called. Creativity, imagination, skill, talent.

“We are so honored to feature short animations from a country with such a thriving film industry,” states Roger Durling, SBIFF’s Executive Director. “What makes it even more special is that we are partnering with Dingle IFF located in one of our most favorite Sister cities. (Dingle)
Dingle International Film Festival presented Irish Animated Short Films at the prestigious SB 2016 film festival in The Metropolitan Metro 4 Theatre on Thursday, February 4th and Saturday February 6th.

New works from new Irish directors and the Irish colleges, including the Irish School of Animation, BCFE and Dún Laoghaire, IADT were also included  by DIFF Artistic  Director Maurice Galway.

Brown Bag Film’s short film ‘An Ode To Love’, written and directed by Matthew Darragh was very well received. The film tells the story of a lonely man on a desert island who explores the highs and lows of romantic love.💕💕💕

Cartoon Saloon presented the short “Somewhere Down The Line” directed by Julien Regnard. The film follows a man’s life, loves and losses, shown through the exchanges he has with the passengers in his car.

Kavaleer screened ‘Deadly’ directed by Aidan McAteer. ‘Deadly’ tells the story of Boney, a working stiff who doesn’t care about his dead-end job. That is, until he has a run-in with a spirited old lady named Bridie.

Treehouse Republic presented ‘Angel of 1916’ directed by Patrick O’ Callaghan, a profound story that takes place in The GPO on the day of The 1916 Easter Rising.

Director Jack O’Shea presented ‘A Coat Made Dark’, which tells the story of a man who follows the orders of a dog to wear a mysterious coat with impossible pockets. 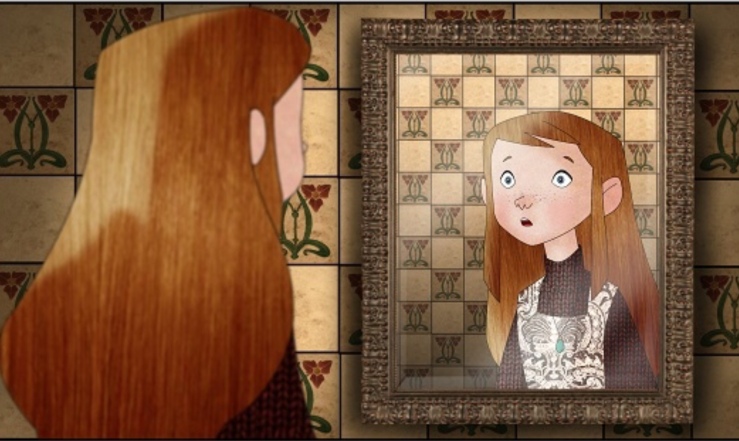 Maurice Joyce’s film ‘Violet‘, a dark cautionary tale of a young girl who despises her reflection, was screened at The SBIFF. This film is narrated by Aidan Gillen (Game of Thrones).

Conor Whelan has written and directed ‘Snowfall’ the story of an anxious young man who has a moving experience at a friend’s house party. It’s a story of fleeting love, of mixed emotions, and of how we interact with each other.

Alan Holly’s film ‘Coda‘ was announced as the best animated short film, selected by the staff of Vimeo for 2015, along with being shortlisted for an Academy Award and winning awards all over the world, including SXSW. Death finds a lost, drunken soul in a park and shows him many wondrous things. 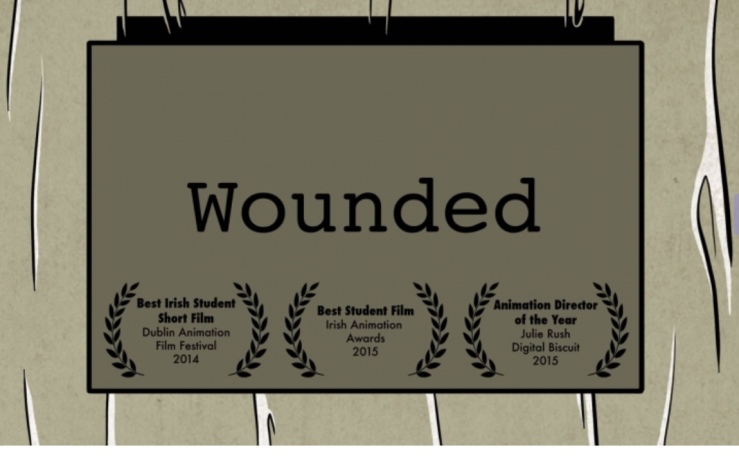 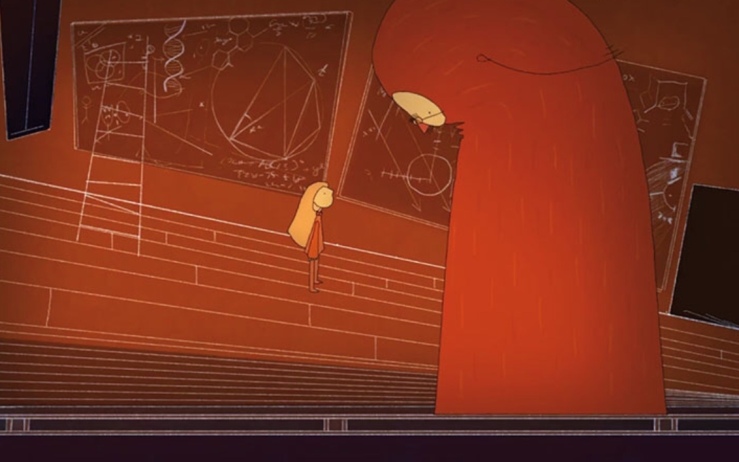 Jessica Patterson presenting ‘Did You Hear About Her Dad?’

There was an excellent response to the Irish animation programme in Santa Barbara with a very engaging Q&A on both occasions.
A mixed audience of festival-goers attended. Also in attendance were members of the press, The Mayor & members of the Sister City Board.
The selection of animation films by Maurice Galway Dingle IFF, included some of the top names in animation in Ireland today & also included up and coming talent.
The value of the Irish Animation Screenings went beyond the screenings themselves. The SB festival has over 90,000 attendees and Irish animation was well promoted as part of the programme.

The signature use of images & the promo film of Dingle and the Peninsula gave a welcomed and attractive face to the town and its environs. The audiences commented on this in Q&A

I hope you enjoyed this blog. You can watch all the shorts on YouTube.

Our visit to the SBIFF was a magical trip. The DIFF presentation was one of the many highlights.

Thanks for reading. Please leave a comment in the reply box. You need to scroll down to the very bottom of the page, sorry.

I must find out how to make all this easier for my followers.

This is a text widget, which allows you to add text or HTML to your sidebar. You can use them to display text, links, images, HTML, or a combination of these. Edit them in the Widget section of the Customizer.

This is a text widget, which allows you to add text or HTML to your sidebar. You can use them to display text, links, images, HTML, or a combination of these. Edit them in the Widget section of the Customiser.

The Homestead on the Plains

The many adventures of a first time homesteader

a pilgrimage of the heart

musings on life | bits of psychology | attempts at poetry

The Life Of I

Retired? No one told me!

Tonight I Dream. Tomorrow I Do!

Romancing the planet; a love affair with travel.

The best longform stories on the web

Confessions of a Motivating Freak

The Go To Girls Blog

Life, Love, Family and Travel as we experience it

Life after the kids are grown

A daily selection of the best content published on WordPress, collected for you by humans who love to read.

Living well in the urban village

The Art and Craft of Blogging

The latest news on WordPress.com and the WordPress community.